Tours That Include A Stop At The Honolulu

The island of Oahu has been a unique part of the Hawaiian archipelago since it was first inhabited over 1000 years ago. Honolulu has had the same unique evolution in both ancient times as well as through western discovery and into today. The location has always been a hub of commerce and trade on the island and served as the capital of the Kingdom of Hawai’i (unified in 1795 by Kamehameha) for nearly 100 years. 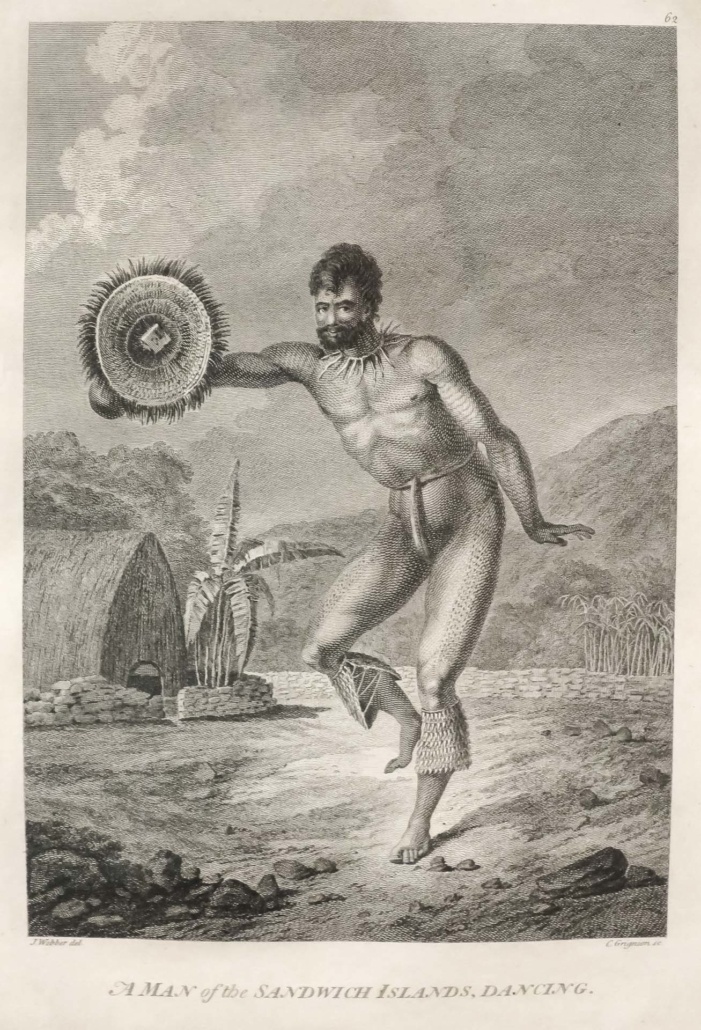 Ancient Hawaiians were very diligent about tracking family descendants as this determined the royal bloodlines of the Ali’i (ruling chiefs). Around 1100 AD warrior chiefs from Tahiti began colonizing the islands and establishing rule over various districts on each island. Their rule was enforced through religion and a governing system known as the “kapu” system. The kapu system required sacrifice, worship, and consultation with the gods of nature. Eventually, district chiefs banded together for protection from other island chiefs to create the ruling position of “Mo’i” or king of an entire island.

The first recorded Mo’i of Oahu was Kumuhonua. The ancient chants tell us that he was the grandson of a famous wizard from Tahiti named Maweke. Kumuhonua reigned sometime in the mid-1200s and his brother, Moiheka was the Mo’i of Kauai at the time. This family bloodline ruled until the last king of Oahu, Kahahana, was defeated by Maui’s king Kahekili in 1783.

Maui’s king Kahekili had gained control of all the main islands except the Big Island of Hawai’i and the Hana District of Maui by the mid-1780s. It was at this time western traders began to arrive after Captain Cook’s discovery of the archipelago in 1778. Soon a powerful war chief of the Big Island, Kamehameha, acquired western armaments of cannon and musket and began his war to unify all the islands under one rule. He went on to conquer the armies of Maui, Molokai and eventually Oahu. Kamehameha defeated Kahekili’s son Kalanikupule at Iao Valley on Maui in 1794. Kahekili’s son escaped the slaughter and fled to join his father on Oahu.

Kahekili died on Oahu that same year, and by the following year (1795) Kamehameha had amassed even more armaments and ships and invaded Oahu from Maui. Battling Kalanikupule’s army from the shores of Waikiki to the steep mountain cliffs of Nu’uanu Valley, Kamehameha’s army drove the Maui and Oahu warriors over the 1000’ cliffs of Nu’uanu to their deaths, thus conquering all the islands except Kauai. Kamehameha attempted to invade Kauai twice but was driven back to Oahu by storms. Westerners helped negotiate with Kauai’s king who eventually capitulated his power to Kamehameha without bloodshed. As the first ruler of the Kingdom of Hawai’i, Kamehameha’s family bloodline would rule the island kingdom for nearly 100 years. 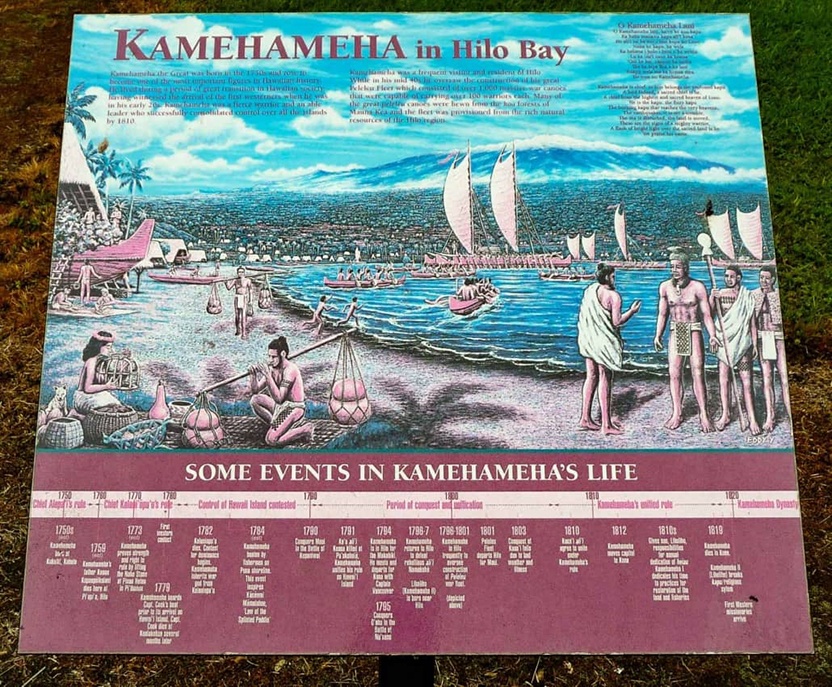 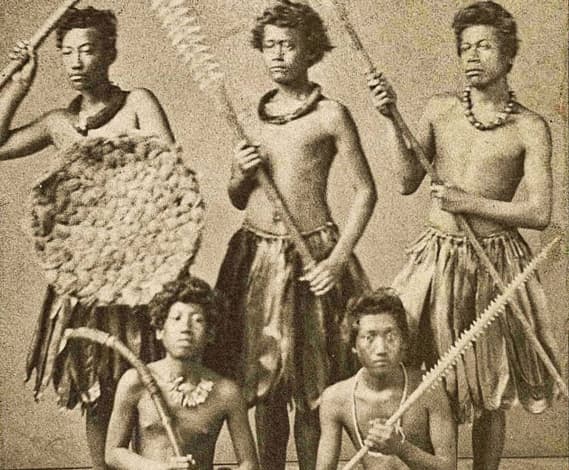 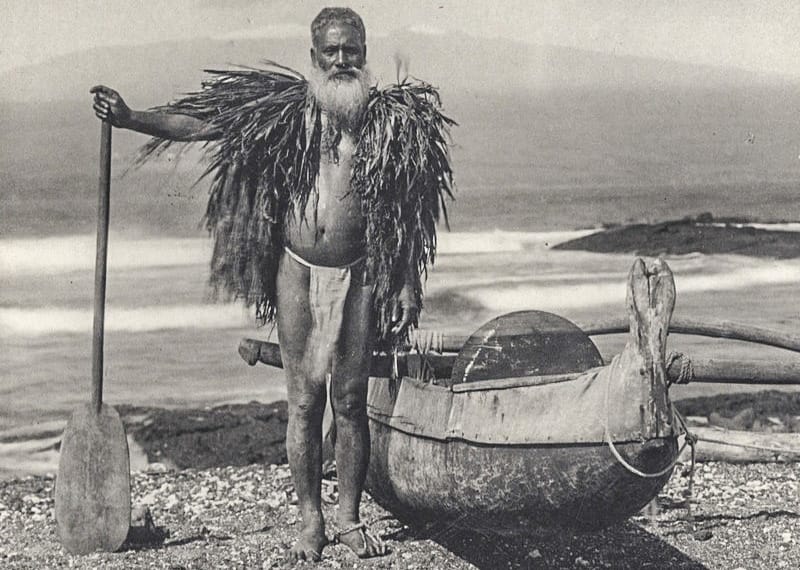 The Kingdom of Hawai’i is Born

Each Hawaiian island was divided into districts in ancient times. Oahu had six large districts called mokus and within each moku were smaller districts called an ahupua’a. This smaller districts ran from the top of the mountains to the sea, mostly along valley streams. The people living within these ahupua’a were responsible for maintaining gardens, fishponds and gathering natural resources for the king and/or ali’i (chief) of that district.

Kamehameha established the kingdom’s capital at Lahaina on Maui. He soon learned that traders valued the sweet-smelling sandalwood trees that grew in the rainforested slopes of all the islands and began ordering his native Hawaiian subjects to harvest the trees in exchange for western goods. By 1840 all the trees were gone with the slopes of every island laid bare.

He also learned that foreigners valued pearls and ordered the harvesting of oysters that filled the lagoon on Oahu now known as Pearl Harbor. The oysters were harvested to near extinction. When Kamehameha died in 1819, the kingdom was well on it’s way to being a vital economic hub for the entire Pacific region.

The Hawaiian culture also began to change dramatically as New England missionaries arrived in 1820 and the kapu system was abolished by Queen Ka’ahumanu and the young King Kamehameha II.

Built in three years and completed in 1882, ‘Iolani Palace is the only royal palace on US soil. The ceremonial laying of the cornerstone of the palace took place in 1879. A copper time capsule containing photographs, documents, currency, and the Hawaiian census was sealed inside the cornerstone.

Between the laying of the cornerstone and the completion of the palace, King Kalakaua had circumnavigated the globe in 1881 and seen how other monarchs lived and wanted the palace to live up to the standards of the rest of the world. The furnishings and interior are the best of the best in the Hawaiian Kingdom at that time.

Kalakaua had also visited Thomas Edison’s studio in the US which led the way to electric lighting installed at the palace in 1886, four years before electric lights were installed at the White House in Washington D.C. The total cost for building and furnishing Iolani palace was $343,595 – $8.9 million in today’s dollars. ‘Iolani Palace is located directly across from Ali’iolani Hale and the King Kamehameha Statue.

King Kalakaua commissioned the building of Iolani palace as well as the Kamehameha statue found across the street. He developed educational programs for the royal children and heirs to the throne to travel to Europe and the US to further their education.
These extravagant expenditures, as well as his plans for a Polynesian Confederation consisting of all the Pacific Polynesian islands such as Tahiti, Tonga, Samoa, and New Zealand, played into the hands of missionary descendants (who were annexationists) in the Hawaiian government who were already working towards a U.S. takeover of the kingdom.

The annexationists within the government argued that Kalakaua was reckless and would soon bankrupt the kingdom. In 1887 Kalakaua was forced at gunpoint to sign a new constitution (known as the “bayonet constitution”) reducing the power of the monarchy to a mere figurehead. When King Kalakaua died in 1891 his sister, Queen Lili’uokalani became the first Queen and the last monarch of the Kingdom of Hawai’i. The queen was overthrown in 1893, and the Republic of Hawaii was established in 1894. Hawai’i became a US Territory in 1900 and would remain so until becoming the 50th state in 1959. 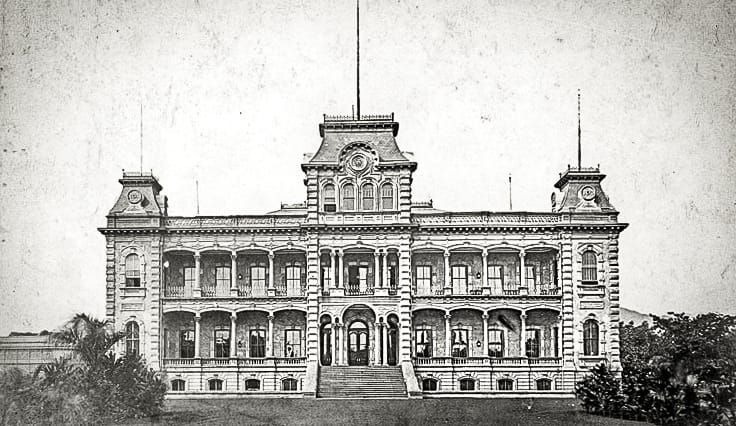 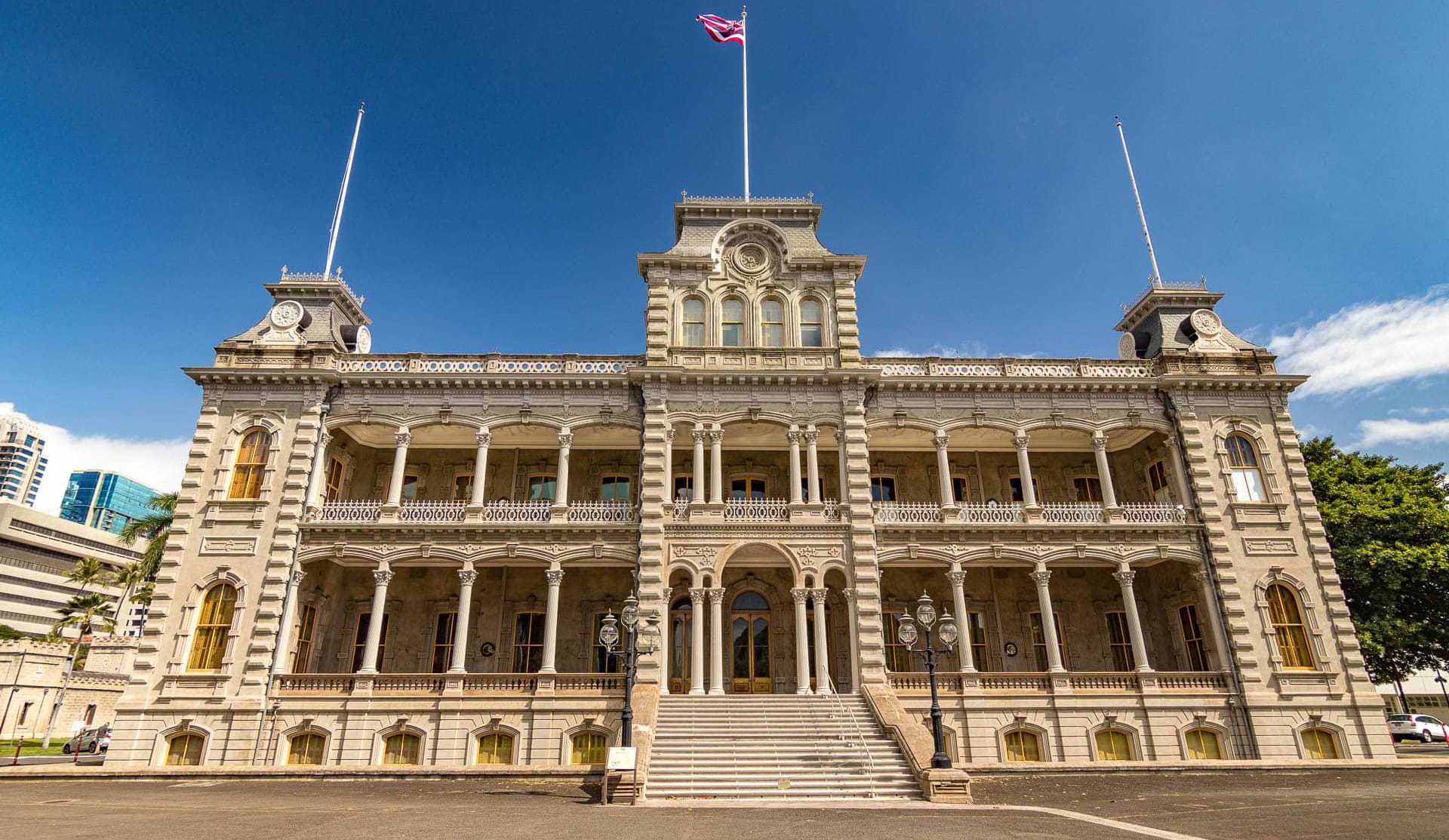 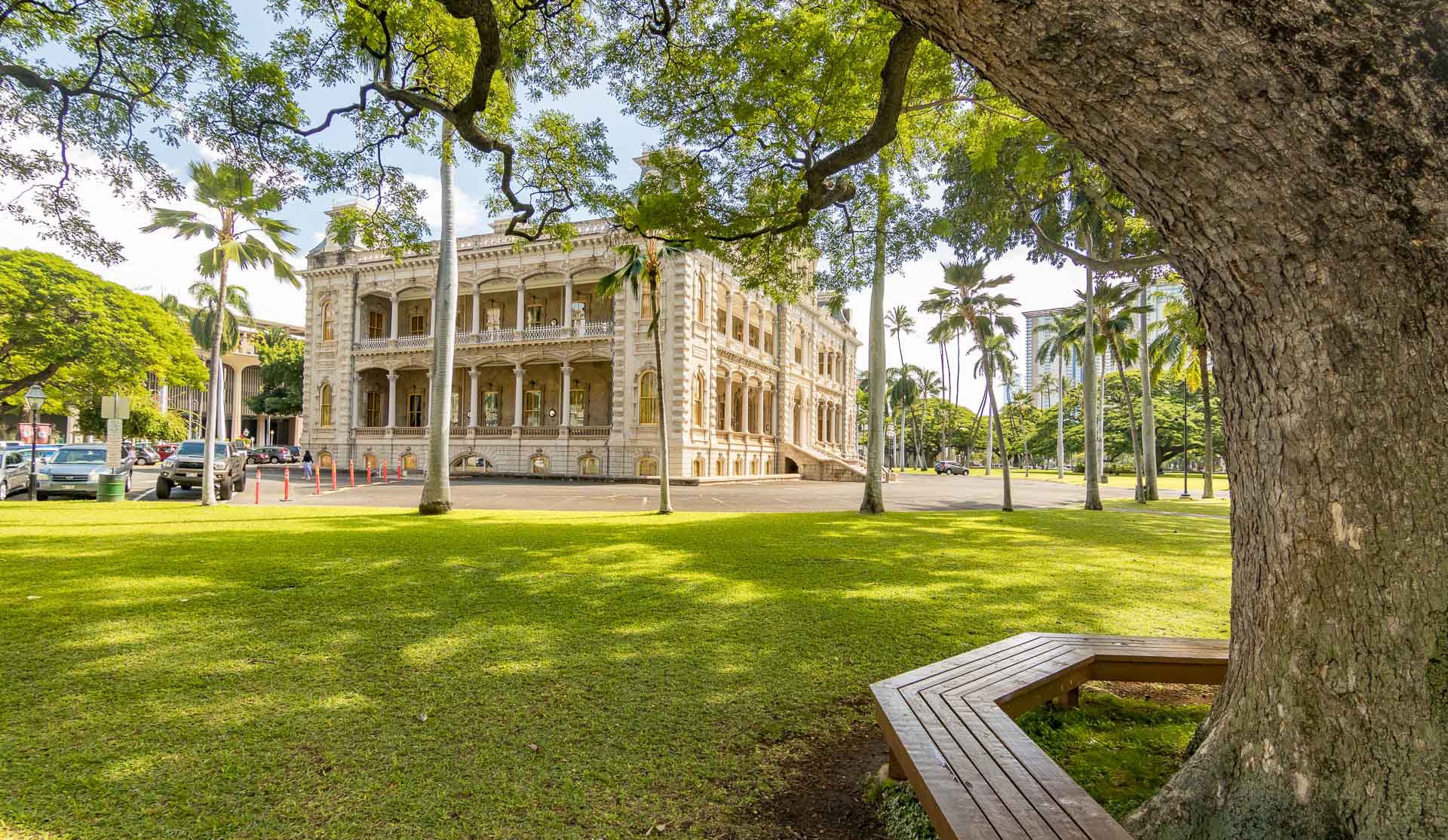 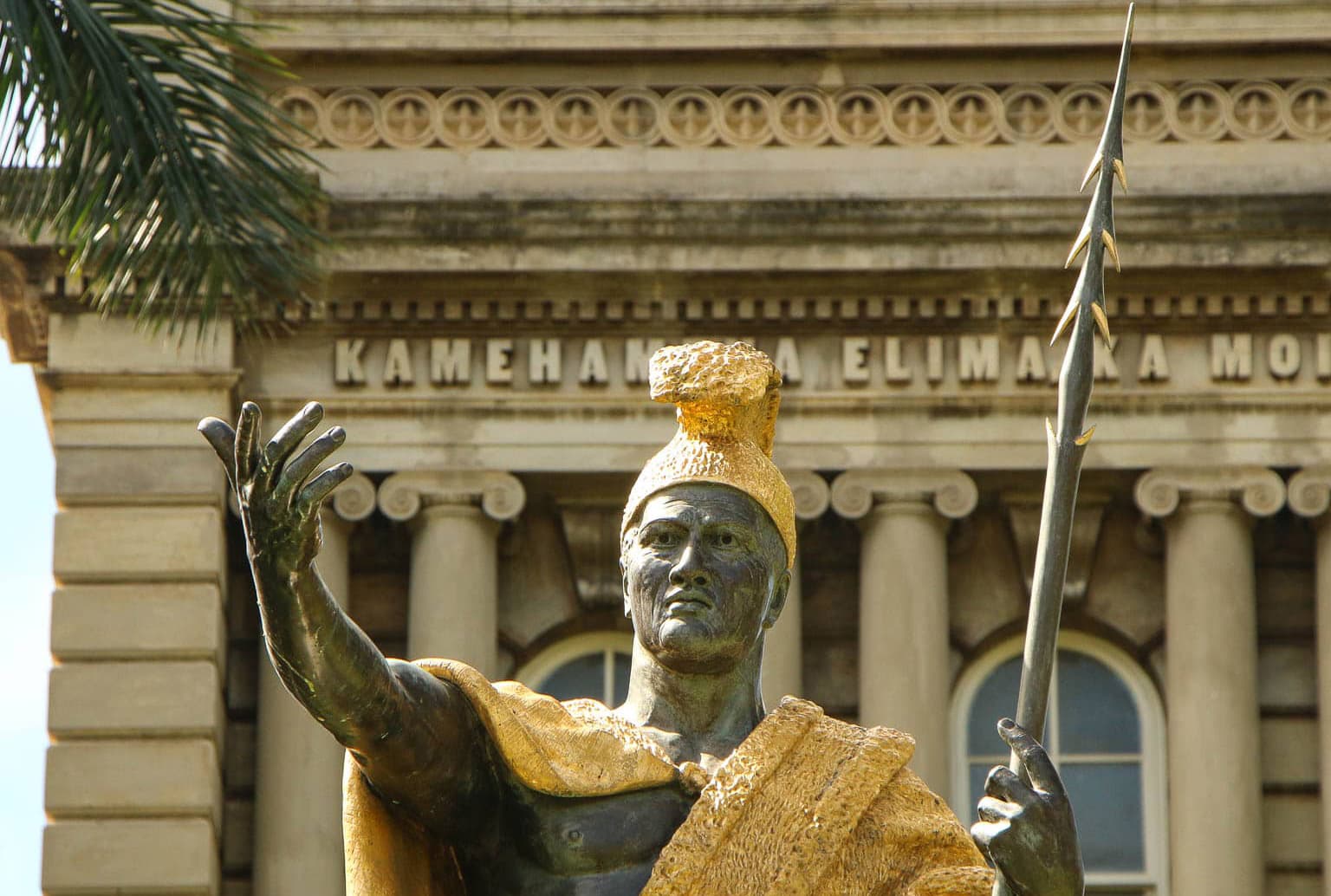 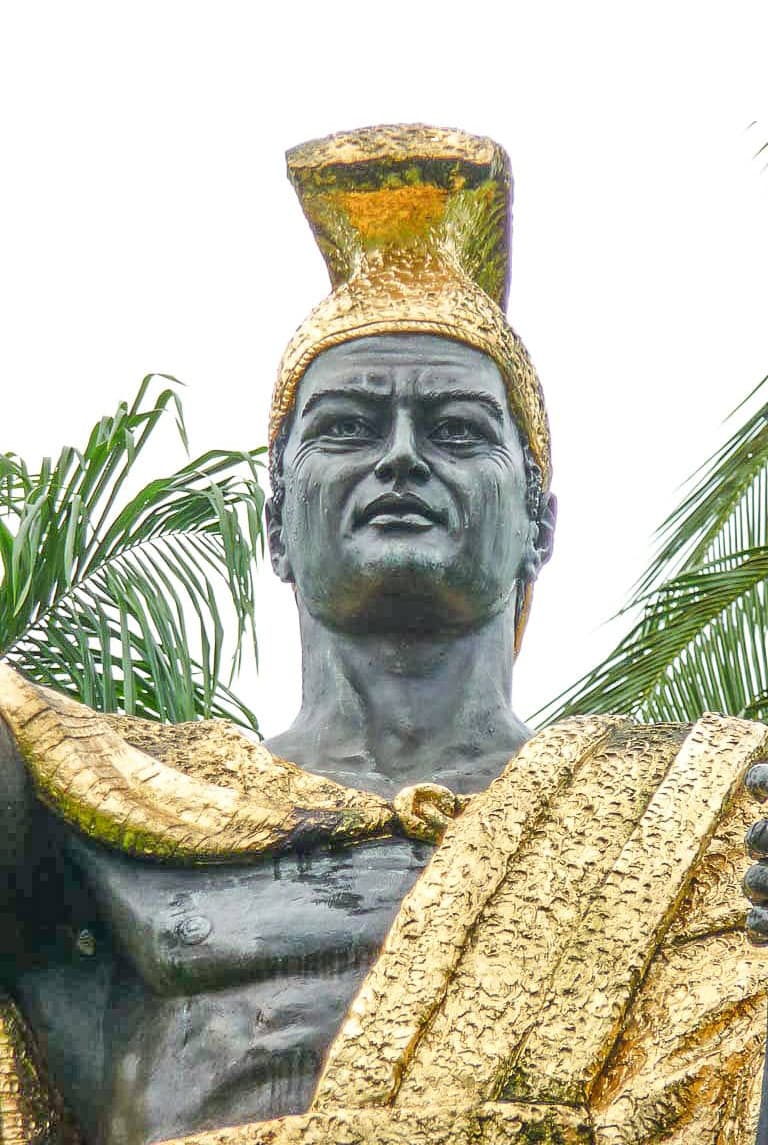 Designed in a styled called Italian Renaissance Revival, the building was finished after Kamehameha V’s death in 1874 and dedicated by Kalakaua. After the overthrow of the kingdom in 1893, the legislature moved into Iolani Palace, and Ali’iolani Hale became the judicial building.

The growing government continued to run out of space, and in 1911 the entire interior was gutted, and a new floor plan was built to accommodate its usage as a judicial building. By the 1940s a new wing was added to help alleviate the growing problem of overcrowding. The architects who designed the new wing tried to blend it in with the original building that dated back to the 1870s. Today the building houses the Hawai’i State Supreme Court as well as the Judiciary History Center, a museum, a restored historic courtroom, and other exhibits dealing with Hawaiʻi’s judicial history. The building also houses Hawaiʻi’s largest law library. The koa wood floors were replaced in 2010. 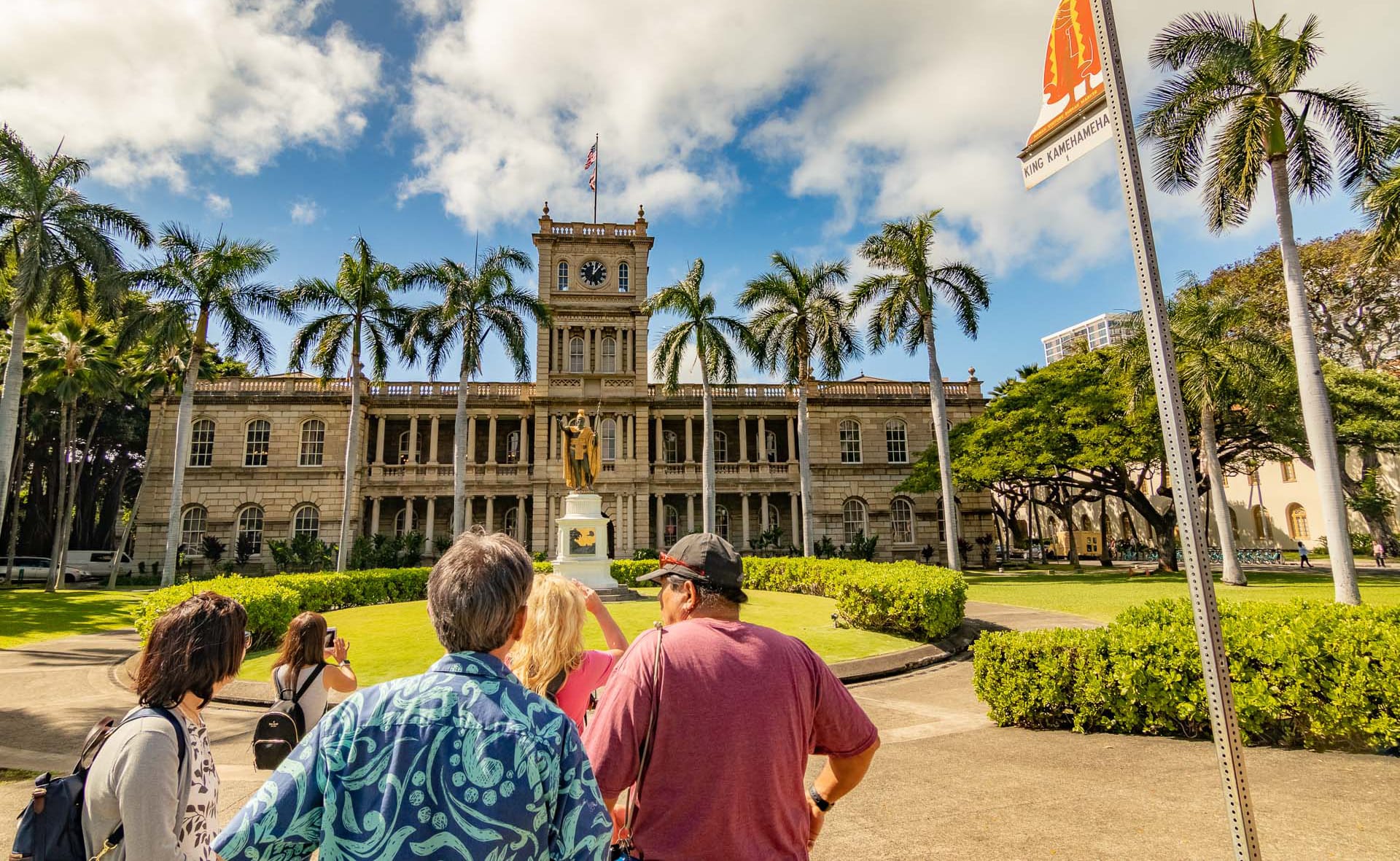 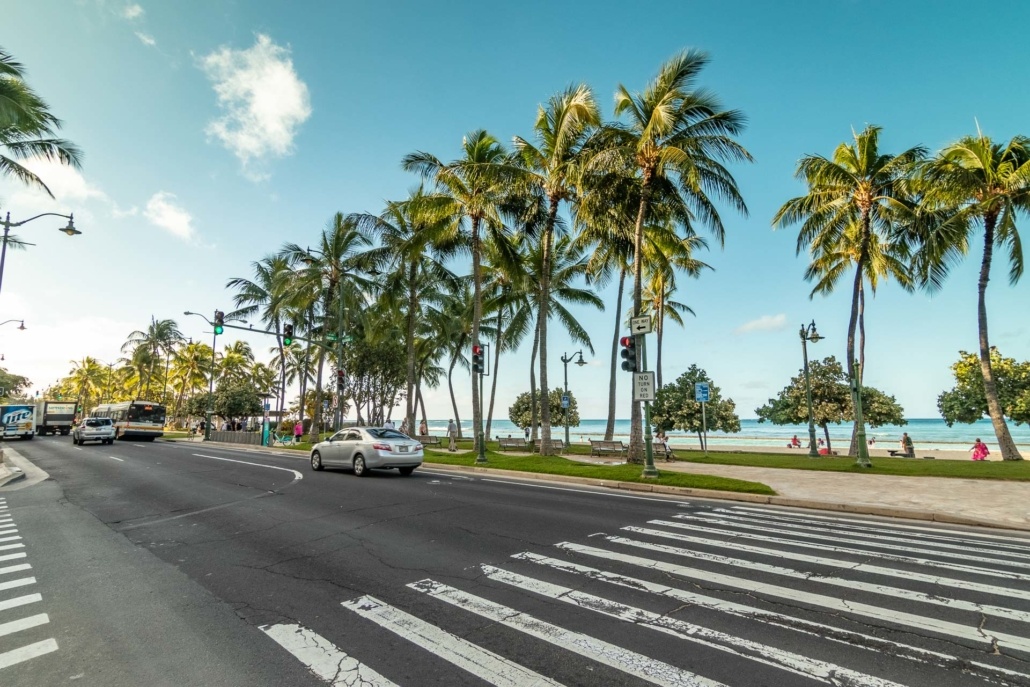 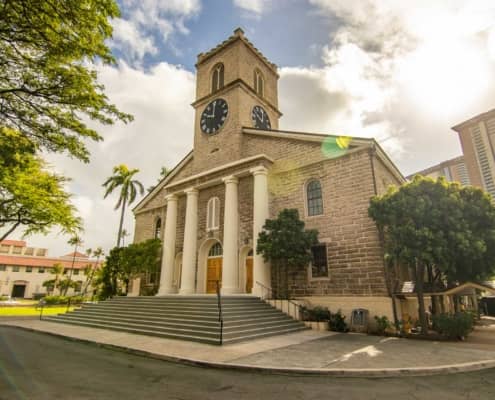 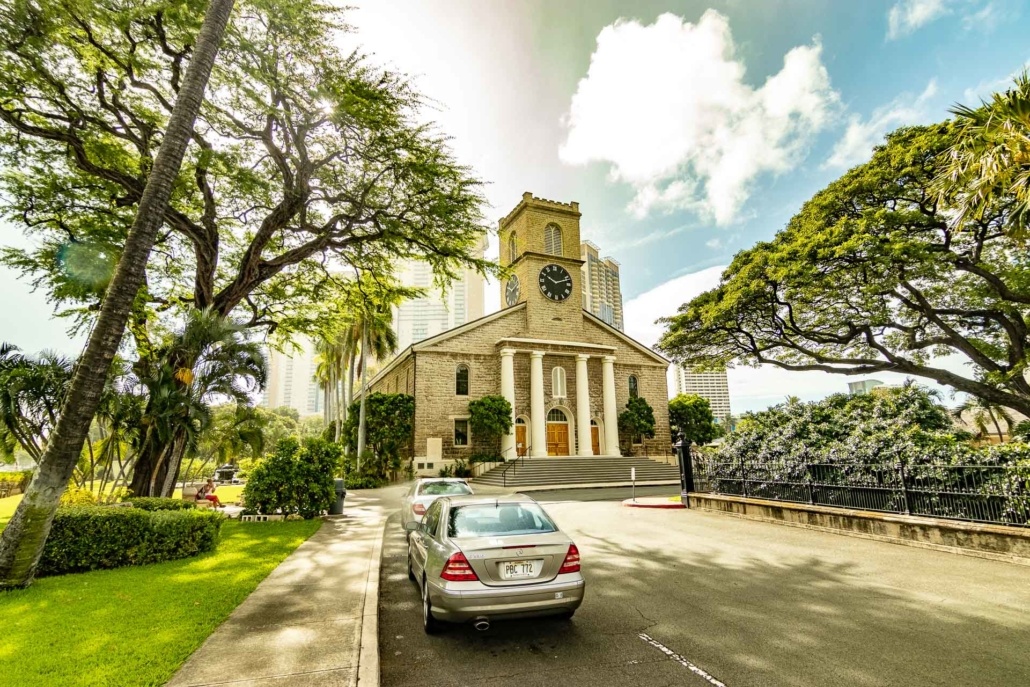 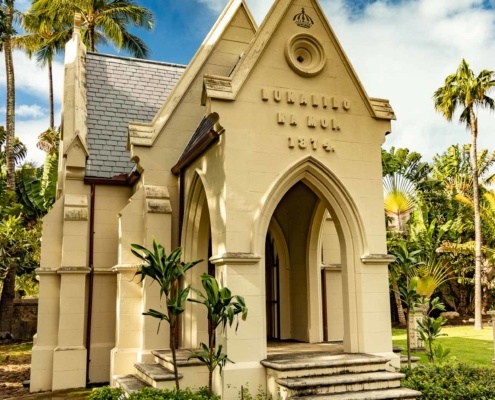 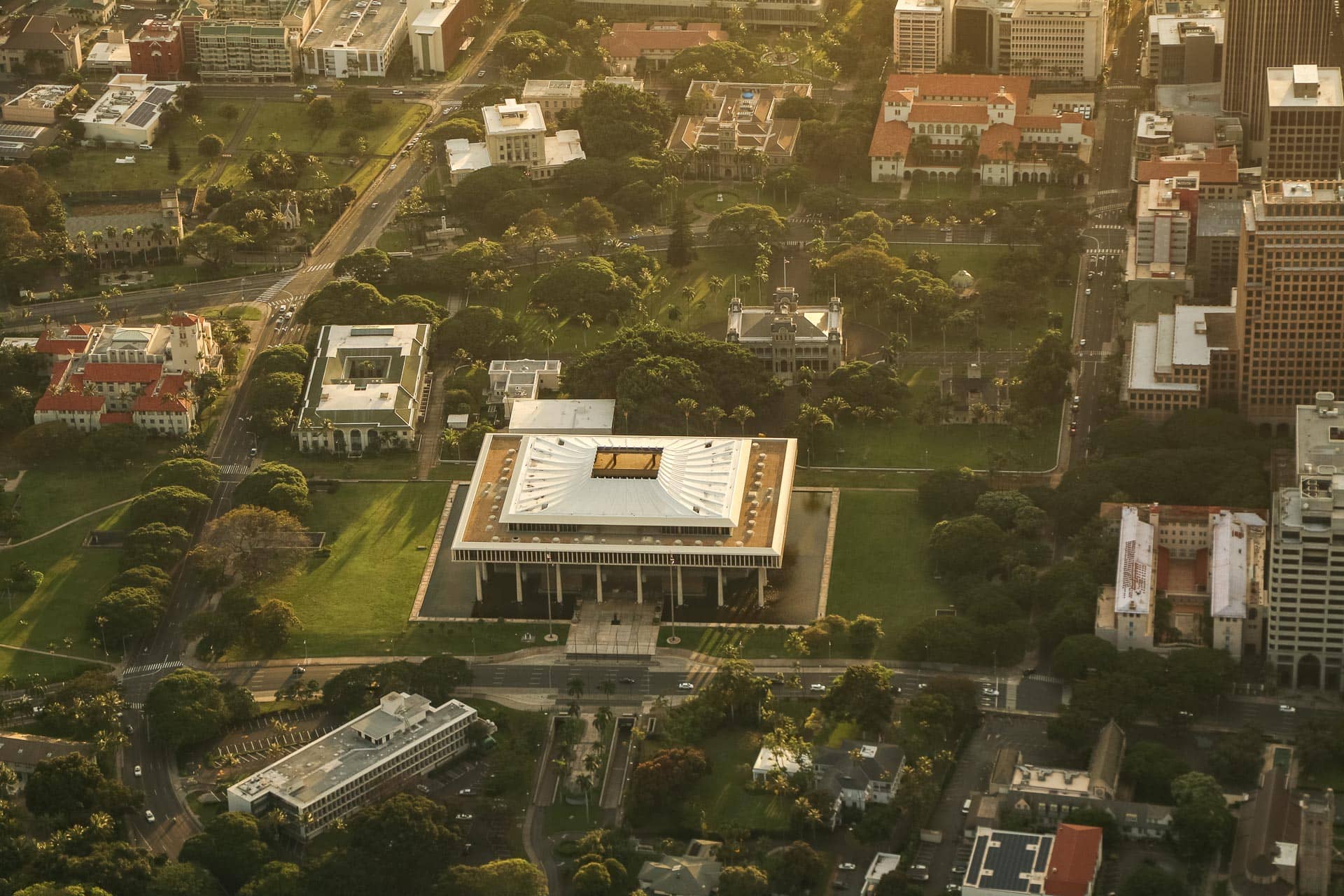 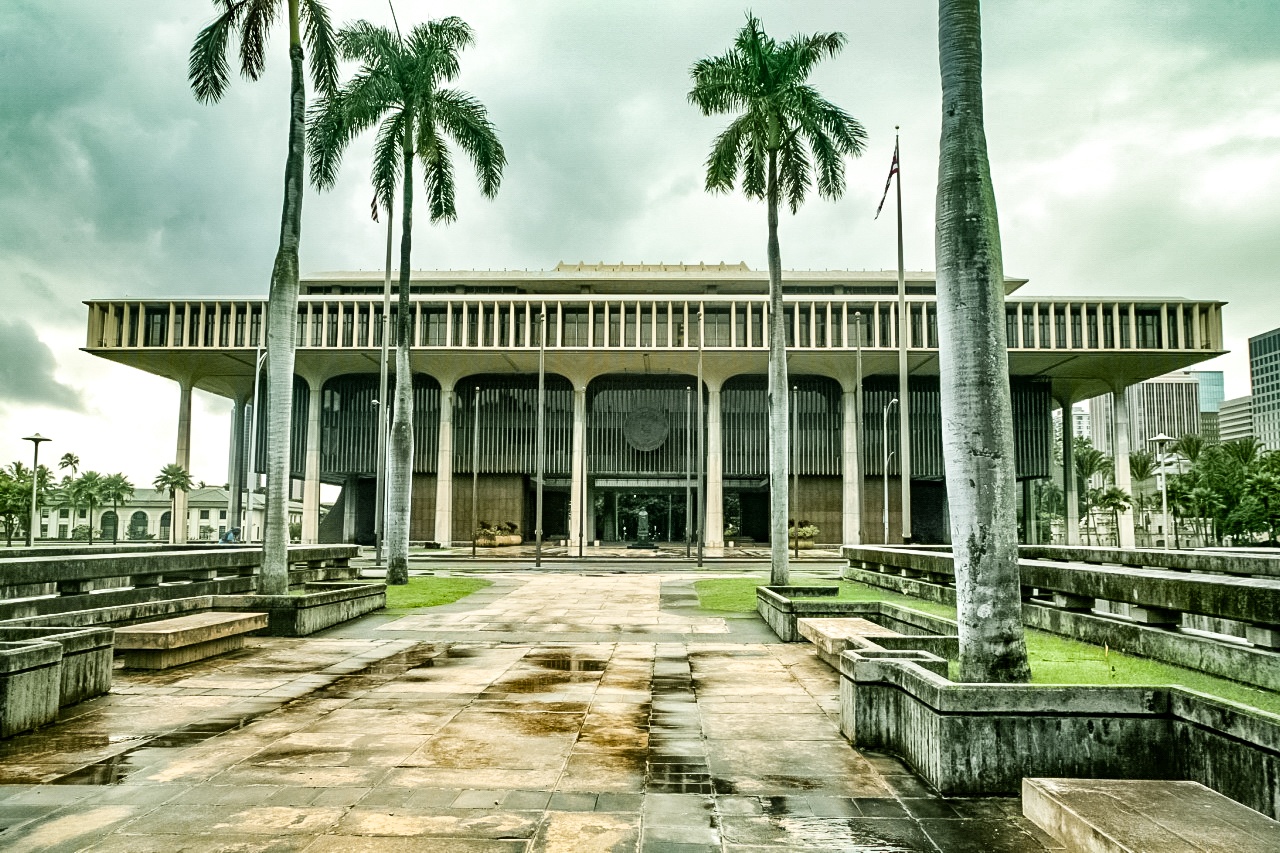 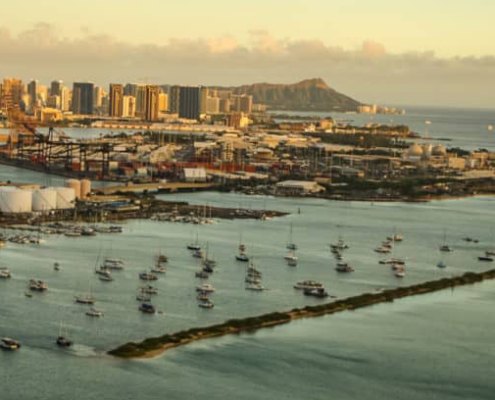 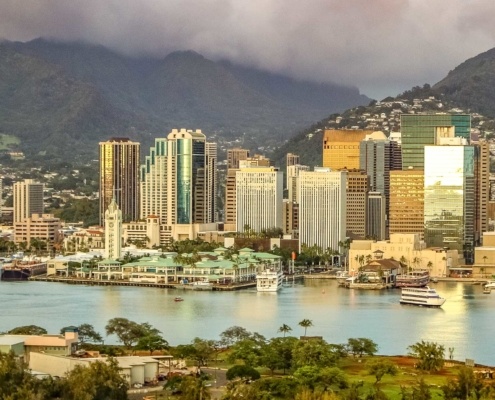 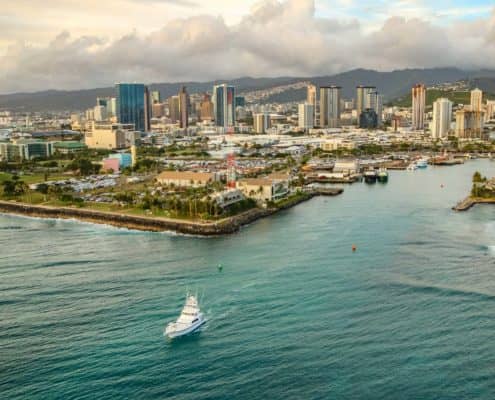 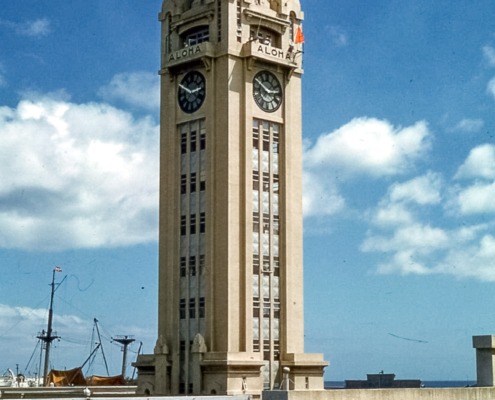 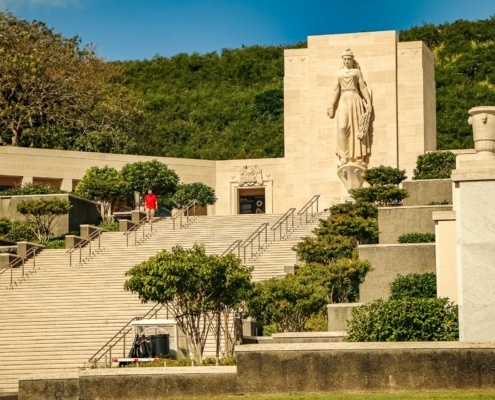 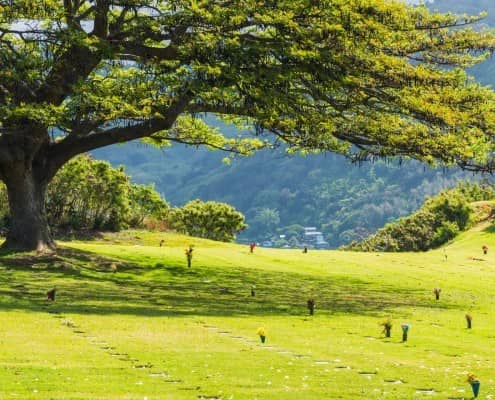 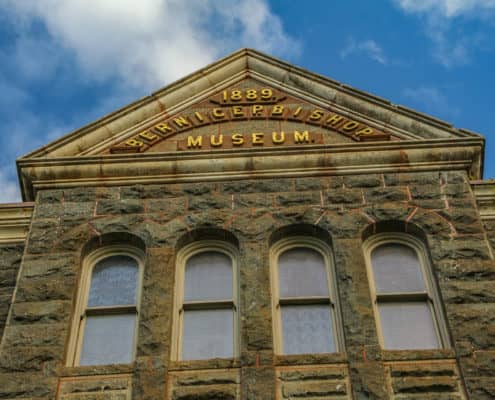 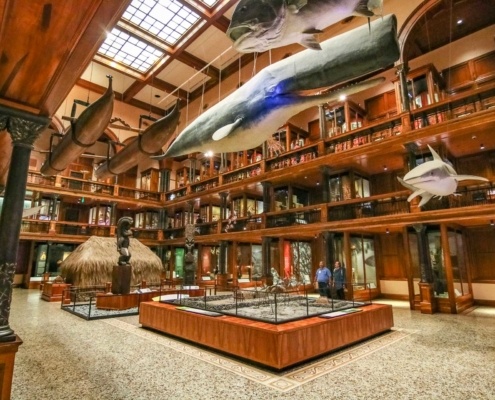 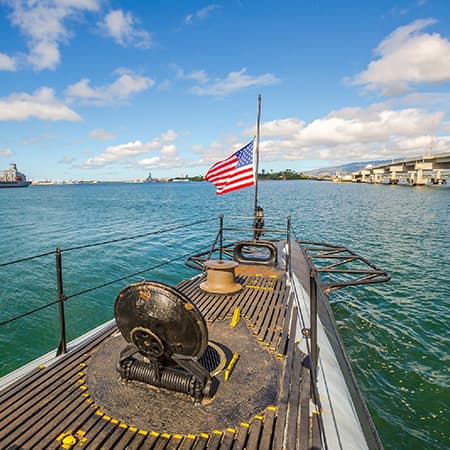 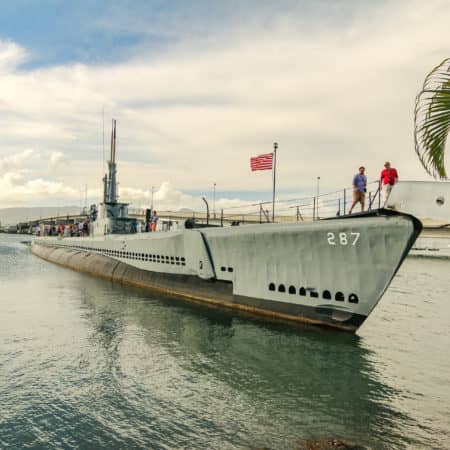 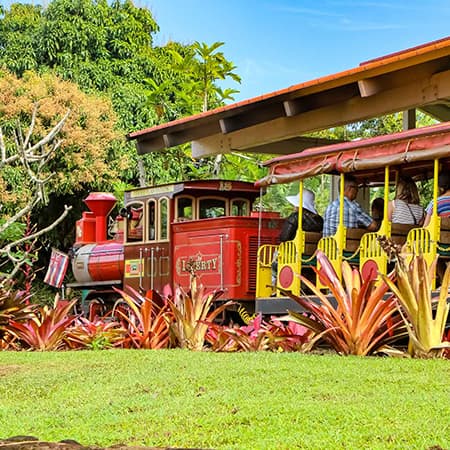 We are here to make your visit to Pearl Harbor easy. Our free cancellation policy is good up to 72-hours before the tour starts (except on flights and self-guided experiences).

We are operating within COVID restrictions. Starting Sept. 13th, 2021, museums & restaurants require guests to show proof of COVID-19 vaccinations or a negative covid test with 48 hrs.
100% refund policy for all tours starting on Oahu. (Tours with flights must purchase trip insurance at checkout to qualify.)
This site uses cookies. By continuing to browse the site, you are agreeing to our use of cookies.

We may request cookies to be set on your device. We use cookies to let us know when you visit our site, how you interact with us, to enrich your user experience, and to customize your relationship with our us.

Click on the different category headings to find out more. You can also change some of your preferences. Note that blocking some types of cookies may impact your experience and the services we are able to offer.

Because these cookies are strictly necessary to deliver the functionality, refuseing them will have impact how our site works for you. You always can block or delete cookies by changing your browser settings and force blocking all cookies on this website. But this will always prompt you to accept/refuse cookies when revisiting our site.

These cookies collect information that is used either in aggregate form to help us understand how our website is being used or how effective our marketing campaigns are, or to help us customize our website and application for you in order to enhance your experience.

If you do not want that we track your visit to our site you can disable tracking in your browser here: